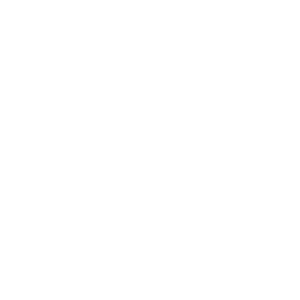 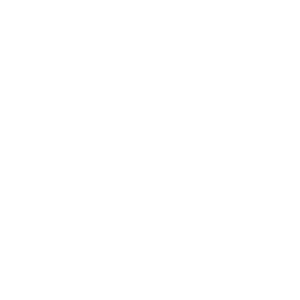 The Bible is God’s Word to us. The question we need ask is do we believe that it’s true?

I find one of the most fascinating lives in Scripture to be that of Mary, the mother of Jesus. Who of us could ever imagine being personally visited by an angel. That in itself would be cause for great fear. Remember the shepherds keeping watch over their flocks? Certainly they were no wimps. Shepherds had to face wild animals, storms, and harsh terrain and living conditions. Yet the Bible indicates that they were terrified when the angels showed up.

While it is true the angel told Mary not to be afraid, the word used to describe how she was feeling after he greeted her does not mean “terrified.” It means to be troubled because you are confused or perplexed.

The angel then continued with the amazing declaration that Mary would have a Son, explaining that He would be the Son of God conceived in her by the Holy Spirit. To this day there are countless people that stumble at this declaration. In their minds, to believe that a virgin could become pregnant is the height of irrational thought and even stupidity.

But Mary’s response to the angel is astounding! “I am the Lord’s servant. May your word to me be fulfilled” (Luke 1:38). No questions asked. No argument over what people will say or think. No fear over how she would care for the child. Just, “Okay, whatever God says.”

What’s even more amazing about this historical account is that there was not one thing Mary could do to help make it happen. It was an absolutely impossible event that could only be accomplished through the miraculous power of God.

That belief is what evoked this declaration from her cousin Elizabeth, “Blessed is she who has believed, for there will be a fulfillment of those things told her by the Lord” (Luke 1:45).

In these days when the Word of the Lord is being challenged more and more, will you be one who dares to join Mary and simply believe?

Article from Pastors Todd and Sheri

“My dear friends, don’t believe everything you hear.”

Those are very relevant words! They are applicable to the day in which we live and the circumstances we are facing as a nation. What is interesting is that they were written two-thousand years ago by the apostle John to the first century church. Apparently, deception was a problem then as it is now.

In John’s day false teachers and false prophets were practicing their trade of spewing lies and spreading false information. So the apostle gave this directive to believers, “My dear friends, don’t believe everything you hear. Carefully weigh and examine what people tell you” (1 John 4:1 The Message). The Bible’s answer to deception is discernment.

The word “discern” comes from a Latin word that carries the idea of taking something apart for the sake of examination. Rather than accepting something at face value, take a closer look. Do your homework. Put it to the test. The goal is to separate truth from lies (1 John 4:1), and to distinguish between good and evil (Hebrews 5:14).

Paul told believers in Thessalonica, “Don’t let anyone deceive you in any way” (2 Thessalonians 2:3). Lies oftentimes masquerade as truth. Evil disguises itself as good. To the undiscerning eye there are times when unrighteousness can look very righteous. To protect ourselves we must carefully weigh and examine what we hear or read. As the proverb writer said, “The gullible believe anything they’re told; the prudent sift and weigh every word.” (Proverbs 14:15).

I believe we are living in perilous times. Truth has become a rare commodity in the secular marketplace. The lies spouted by the world concern me. They don’t surprise me, but they do concern me. However, when I hear some of those same lies repeated by professing believers, I am deeply disturbed. Since when do we align ourselves with the unbelieving world? “For what do righteousness and wickedness have in common? Or what fellowship can light have with darkness?” (2 Corinthians 6:14).

According to Jesus, deception will increase exponentially as we approach the end of the age. "Evildoers and impostors will go from bad to worse, deceiving and being deceived" (2 Timothy 3:13). In light of that Paul said, “He who is spiritual judges [examines, investigates] all things” (1 Corinthians 2:15). In these days of widespread deception, discernment is an absolute must.

The apostle John said it, “My dear friends, don’t believe everything you hear.” That's good advice. Instead, “Test everything that is said. Hold on to what is good [true]” (1 Thessalonians 5:21).

In spite of their successes, the Israelites began to grow lax in their efforts to conquer the land. By the time we reach Joshua 18:2 we learn that seven of the tribes had not yet possessed their inheritance. Joshua went on to ask them, “How long will you wait before you begin to take possession of the land that the LORD, the God of your ancestors, has given you?” Sadly, the Book of Joshua closes with much of the land given as an inheritance not possessed.

Speaking of an inheritance, Paul prayed for the believers in Ephesus, “I pray that the eyes of your heart may be enlightened in order that you may know the hope to which he has called you, the riches of his glorious inheritance in his holy people” (Ephesians 1:18). As the Lord gave the Israelites much land in Canaan, so He has given us an abundant inheritance in Christ.

But some Christians follow the example set by the Children of Israel in the Book of Joshua. They start out strong. They get saved and are hungry for the Word of God and His presence. They are hungry to grow in the things of the Lord, and for a season they take a lot of territory in Christ. They apply God’s Word to one area of life after another, and their faith grows as the Word produces spiritual fruit.

But then the passion cools and they start to lose their hunger. They begin to grow satisfied with the territory they have gained. Like Joshua prodding the Israelites to move forward and take new territory, the Holy Spirit prods such believers to move forward in Christ. He urges them to take the next piece of “land” that He has made available.

If you have ever seen the Rocky movies, then you know that in Rocky III the “Italian Stallion” as he was called enters the ring against a tough opponent. Rocky’s trainer was against the match because he knew this new opponent was hungry for the fight, but Rocky had stopped being hungry a long time ago. Consequently, he was easily beaten. In the end, however, Rocky is able to recover “the eye of the tiger” and wins the match.

As a Christian, never lose your hunger! Never settle for the level you are at in Christ. Ask yourself this question, “What is the next level in Christ the Holy Spirit is directing me to take?” Where you are today in Christ isn’t as important as where you are going to be tomorrow. Determine to stay hungry. Never stop looking ahead to the next territory to be taken in your walk with Christ. Every day sing the prayer, “Lord plant my feet on higher ground.”

Light In The Darkness

Said the apostle, “We also have the prophetic message as something completely reliable, and you will do well to pay attention to it, as to a light shining in a dark place, until the day dawns and the morning star rises in your hearts” (1 Peter 1:19).

I love Peter’s description of God’s Word, “a light shining in a dark place.” God is light (1 John 1:5) and so is His Word. It isn’t an accident that the first recorded words of God in Scripture are these, “Let there be light” (Genesis 1:3).

One of the characteristics of light is that it stands out in sharp contrast to darkness. A campfire burning during the day stands out a little. But a campfire burning at night is visible miles away. By the same token, one of the amazing qualities of God’s Word is that the darker the world around us becomes, the brighter His Word shines.

We see this pattern in Scripture. After Adam and Eve sinned they brought upon themselves sin’s penalty of misery and death. With the pronouncement of the curse, it seemed all hope was lost. Then into this dark moment God announced the promise of a coming Redeemer. The word spoken was “a light shining in a dark place.”

The close of the Old Testament was followed by four-hundred years of silence during which there was no, “Thus saith the Lord.” Eventually the Roman Empire rose to power and the Jews found themselves among the conquered nations. It was a very dark time. And yet into this period of darkness the Word was made flesh. Isaiah spoke of this day when he prophesied, “The people walking in darkness have seen a great light; on those living in the land of deep darkness a light has dawned” (Isaiah 9:2).

In the future, the world will be plunged into the darkest period in human history. God’s judgment will fall on an evil world. Satan will be given great authority for a season, and humanity will show their worst colors. But at the very pinnacle of this time when the powers of darkness are running rampant, an amazing event will occur. The skies will split open wide and the “The Word of God” (Revelation 19:13) will return to destroy the forces of darkness “with the brightness of His coming” (2 Thessalonians 2:8).

We are living through a dark period right now. The light in your life is God’s Word. It’s like the psalm writer said, “Your word is a lamp to guide my feet, and a light for my path” (Psalm 119:105). The darkness can never overcome the light of God’s Word, but is always overcome. As a matter fact fact, the light shines brighter in the dark.

So maintain a strong grip on God’s Word. Come what may, its light will never be extinguished. God’s truth will blaze through every dark period in your life, and in the end will be what continues burning strong. 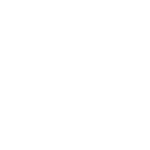 Doing church together today, so there is a church tomorrow.